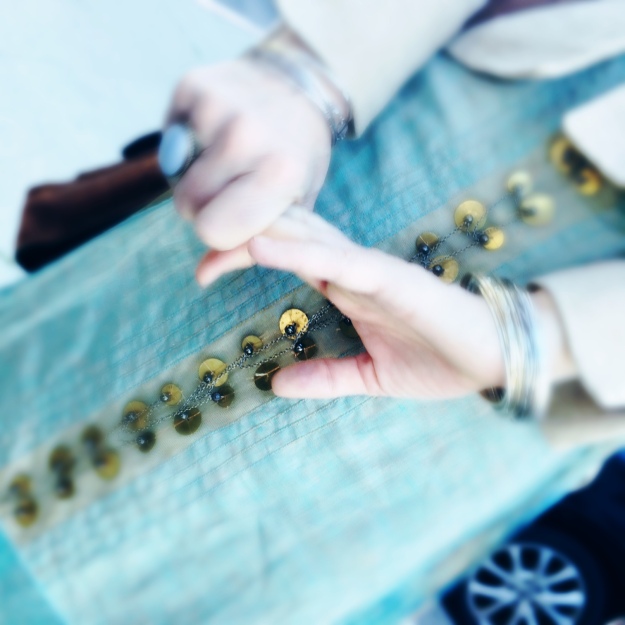 See those hands?  That’s how I feel about asking someone if I can take their photo. I have always been drawn to street fashion photography ever since I used to peruse  magazines at a local Japanese bookstore. That’s where I first became aware of it. I was excited by the curated windows into everyday people’s style on the street. Eventually, in the mid-00’s I would see these street style blogs popping up, not to mention Bill Cunningham’s work in newspapers and magazines prior to that.The blogs brought it more to my attention and they were INTERNATIONAL. Stockholm, Helskinki, Mexico City, Kingston. It became a merry-go-round of looks unique to those hoods.

So, why the hesitation to participate in such a happening trend? Maybe it’s shyness. Maybe I think people will feel like I’m stealing their souls — or, that I just won’t take a good photo of them! I mean, I have more confidence taking photos of objects. My first attempt was when I met a particularly stylish woman at a friend’s party. Vintage 60’s hostess dress. Jewelry she made herself. Her makeup was so Elizabeth Taylor from Cleopatra days. Oh, man. Anyway, the photos came out dark and her dress was all wrinkled — not in a good way. So, I didn’t try again. I blamed it on not having business cards to give out. 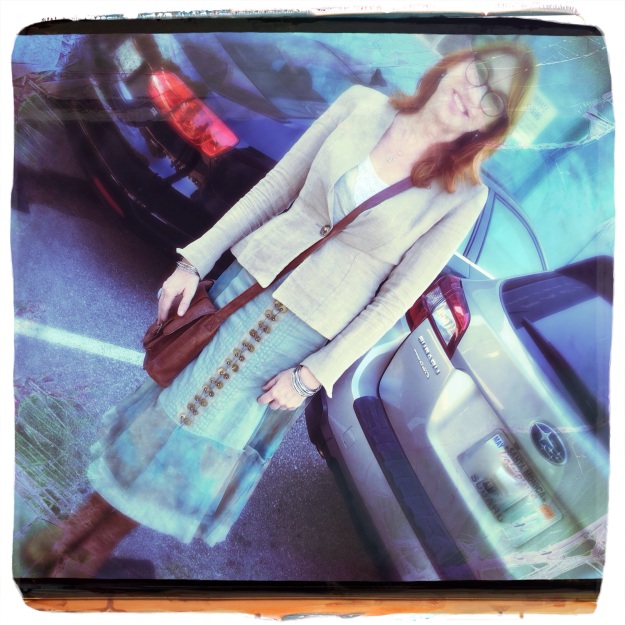 I did start taking photos of family members which served as a warm up. I was comfortable with them; they would even take direction.  Friends were a different story, though. You know, “I’m coming over to take your picture. No, don’t worry about your outfit (But of course, you’ll look stunning because you always do, but no pressure, really).”  In my coffee post I got some practice with strangers. “Can I take a picture of you doing latte art? I mean I’m advertising the café and everything!” No problem, they replied. It was easier than I thought.

This post is yet another baby step. I could totally try to trick you and say, “Oh, yeah. I came across this really striking woman in a parking lot. I don’t know anything about her, but doesn’t she look amazing??” But then, enough friends read this blog that know her and would ask me, “What are you trying to pull, Laura? Isn’t that our friend? ”

Did you see what just happened there? She turned around and there was THAT. The outfit that slays as it walks away. I personally need more bustles in my life.

Thanks, for letting me practice my street photography on you, Kai. I did just run into her on the street, but in all telepathic honesty I did wish upon a morning star that she would be at the meeting I was attending. Here, I was leaving the meeting and she was arriving. And in all skill-crutch honesty, I took none of these photos. Evan was with me and he has a DEGREE in photography. And lastly, in all historical honesty, one time Kai and I made an elaborate plan to meet at the art museum and do a whole photo shoot relating a great piece of art to an outfit she would wear. But she was like, “Ah, I realized I don’t work that way. Too much thinking.”

I do a lot of thinking with my outfits, OBVIOUSLY. I really enjoy it. Kai says she just goes into her closet every morning and is like a painter with a palette. If it doesn’t work right away she just adds more. I love the description of that process. I love it’s honest simplicity. Ha. 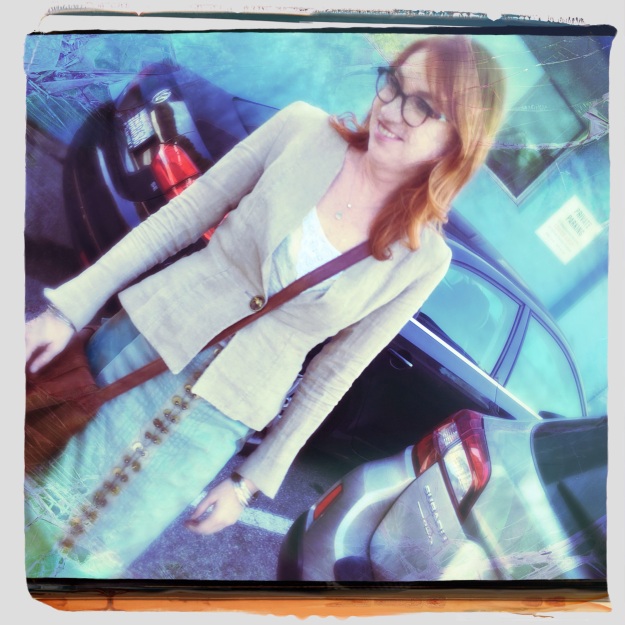 I could go on and on about Kai’s style. Every time I see her it’s a treat. It’s not just her vibrant personality, humor, intellect, and childlike curiosity (she’s always learning something new)… it’s her excellent outfits! Yes, they make me think of poetic mystery and romantic epic adventures, but also they are a reminder to be myself in every aspect of my life. Yes, an outfit can do that. While she is in the intuitive moment every morning as she faces her “palette”, she is always true to herself. She wears her spirit on the outside. More of that.

Jacket by TBA. Skirt vintage, by Penelope. Under t no label. Bag by Fatface. Boots by Florentini + Baker.

All photos by Evan Hartzell.